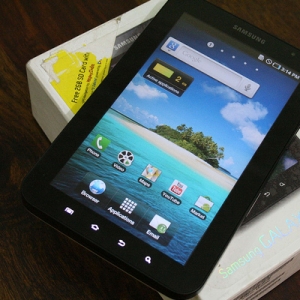 Samsung has delayed the launch of its ambitious Galaxy Tablet in Australia as the ongoing lawsuit with Apple Inc. gathers pace. Samsung spokesman said that they are only delaying the launch till some “favorable conditions” are met.

Samsung Electronics is the biggest competitor of Apple in smartphone and tablet markets because of its cost effective products and its ability to provide better services at the minimal cost.

Apple sued Samsung Electronics in April this year over patent infringement issues. The Cupertino, California based company claims that Samsung has copied the iPhone and the iPad’s design in its Galaxy range of products.

A Sydney court has provided an injunction which prohibits Samsung to release its Galaxy Tab. Samsung has confirmed that Apple filed for an injunction but at the same time, it declared that this will not affect sales of its Galaxy tab.

This injunction cannot be lifted without agreement with Apple which means that the future of the Galaxy Tab depends completely on this lawsuit and even more on the future relations between both these tech giants.

Will Samsung reach an agreement with Apple or will the Australians be deprived of the Galaxy Tab?